Tinto Brass Street Band is a musical project that draws directly from the sound of New Orleans Jazz and filters it through his personal artistic experiences, pulling out a totally original and recognizable sound.

The jazz that influenced the sound of the Tinto Brass Street Band is that of the early twentieth century played by energetic and tireless marching bands, real talents forges that later become icons of music such as Louis Armstrong, King Oliver, W.C. Handy, Sidney Bechet to name a few. 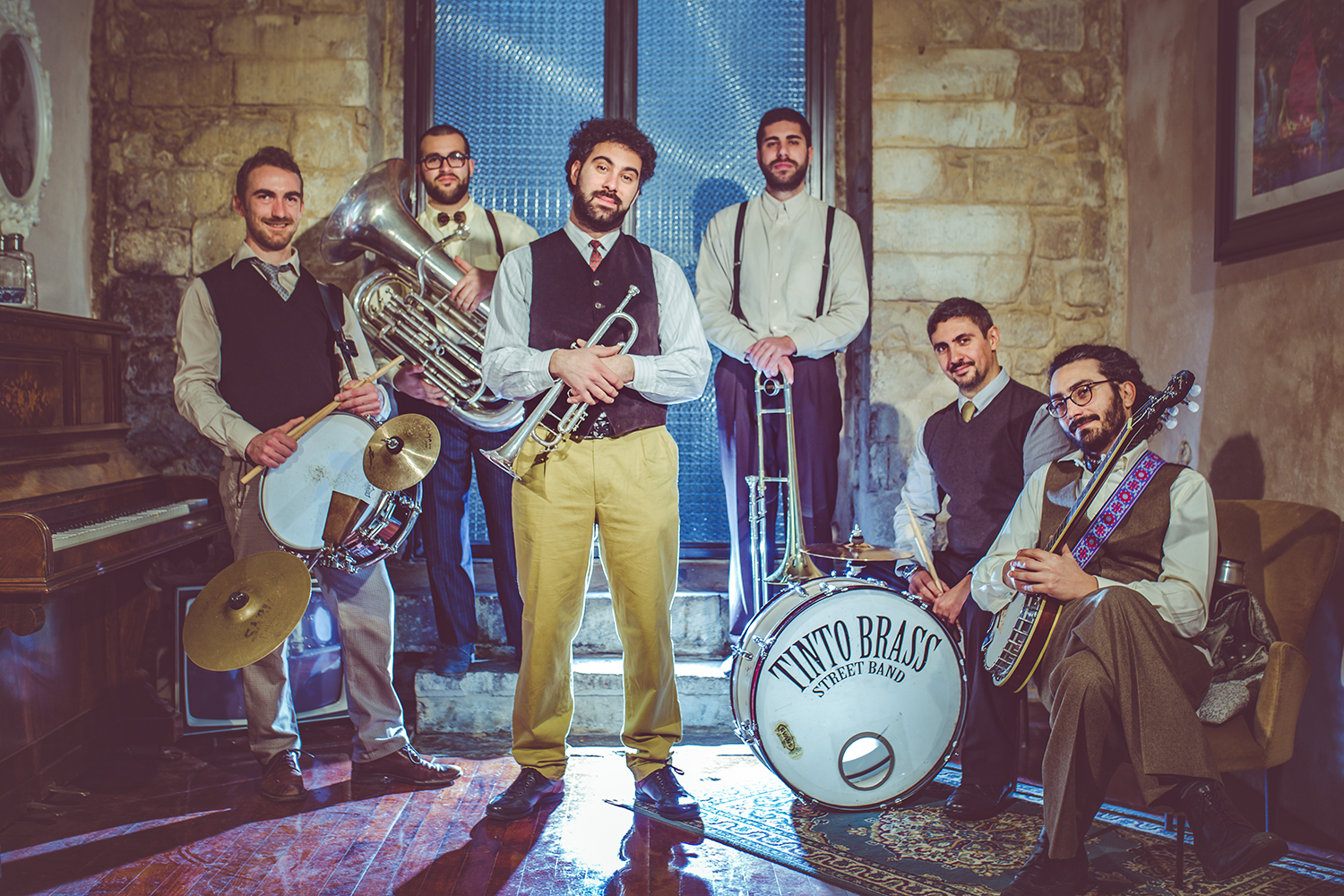